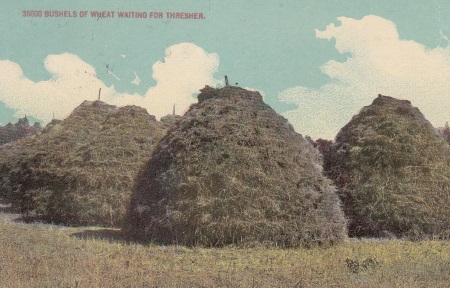 A San Francisco, California ordinance outlawed bucket shopping in 1911 — no  longer was running or visiting such an enterprise legal — and one operator didn’t like it.

Henry A. Moss, a bucket shop owner and Nevada citizen, vowed to fight the new law, as it prohibited him from running his four San Francisco branches, which did substantial business. Moss claimed that he’d invested $50,000 in his business locally, that he spent $4,400 a month in telephone and telegraph charges, that he had more than 1,000 customers and that he took in about $15,000 a year in profits (about $365,000 today).

His enterprise, Moss & Co., also had shops in these California locales: Sacramento, Oakland, Fresno, Long Beach, Redlands and San Diego. Locations outside of the state were in Reno, Nevada; Ogden, Utah; and Portland, Oregon.

His Tactics Begin
Moss immediately applied for a temporary restraining order (TRO) and a permanent injunction to prevent the police from hindering his operations, such as arresting him or any of his workers or customers. He claimed the city ordinance was “arbitrary, unreasonable, unjust, oppressive and discriminatory, and in violation both of the constitution of the state of California and the constitution of the United States.”

In response, a judge, in June, denounced bucket shopping as “nothing but gambling,” deemed the ordinance valid and denied Moss’ request (San Francisco Call, June 1, 1911). The proprietor then asked for several days to remove the telegraph network between his offices and close his business.

Instead of shutting down, Moss appealed the ruling and took the case to the federal court, asking it for a similar injunction, which a judge there denied.

City Fights Back
Despite the ban, Moss kept his San Francisco bucket shops open. In October, members of the San Francisco Police Department raided his offices, confiscated various paraphernalia and arrested six employees, 26 visitors and one of Moss’s attorneys.

The following month, those workers and Moss were found guilty and fined $100 or 50 days in jail (the visitors weren’t charged). He filed an appeal and secured a stay of judgment.

Soon after the U.S. District Court of Appeals declared constitutional the law that the federal Congress had enacted, thereby eliminating any basis for Moss’s appeals.

3 More Legal Rounds
1) Subsequently, Moss pleaded his case before the U.S. Circuit Court of Appeals, “reciting imaginary grievances and dismally pleading that his business has been attacked by competitors in the shape of the New York Stock Exchange and the Chicago Board of Trade.”

The justices refused to reverse the lower court’s ruling, thus, denying Moss’ initial request for a TRO and injunction.

2) In December, Moss sued a dozen U.S. Circuit Court officers, charging they all conspired, with the management of the San Francisco Call newspaper (which believed bucket shopping to be nefarious and vowed to help eradicate it), to put him out of business. Further, he asked they be restrained from interfering with his operations.

Again, though, he lost his case. That didn’t stop him.

He also cited an op-ed piece, “Bucketshop Rascal and Newspaper Rascal Join Hands Against a Common Foe, The Call,” which purported the real purpose Moss had filed suit in the federal court system was to gain publicity in the San Francisco Chronicle, whose managers’ attitude toward bucket shopping was the same as Moss’s. He sought $100,000 in damages (about $2.5 million today).

In February 1912, Police Judge Charles Weller dismissed the cases against the Call men as baseless.

“So ends the legal farce, the shady and tricky misuse of the courts whereby the proscribed swindlers made their last stand against the inevitable. In none of these proceedings was there ever the slightest merit,” wrote the San Francisco Call (Feb. 18, 1912).

From Plaintiff to Defendant
Moss soon found himself the target of some civil suits. One, brought by an H.E. Churchill of Sacramento in 1912, claimed a male agent of Moss & Co. “induced” her to gamble in wheat by telling her it was like any other investment (San Francisco Call, Feb. 11, 1912). He subsequently persuaded her to bet more money, only to be informed later on that she’d lost all of it — $324 (about $7,000 today) — due to a turn in the market.

The judge required Moss to pay her back in full.

J.C. Robinson, a former San Francisco newspaperman, complained that on December 12, 1911, he’d arranged with Moss & Co. at its Oakland office to sell short, or bet against, 200 shares of stock at a certain price, and that he deposited $400 with the company to cover an advance. A month later, the stock had dropped seven points, paying a profit of $1,400 (about $33,000 today). All told, he was to get $1,800 — his original $400 investment plus his winnings. When he’d gone to cash in, he’d been told he had to go see Moss in San Francisco. There, Moss had informed him the business didn’t have enough money to pay him back in full and had given him a $200 check as partial payment. Moss & Co. hadn’t paid anything more.

Moss argued that because he hadn’t had a contract with Robinson — a violation of the state constitution — the deal was void and he didn’t owe the money.

The outcome of this case isn’t known. How do you think the judge should have ruled?