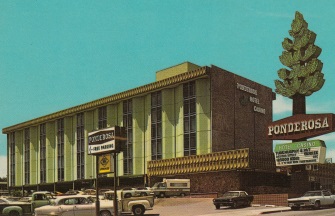 When the owners of the Ponderosa — Reno, Nevada’s newest major hotel (at 515 S. Virginia Street, now the Wild Orchid) — were about to debut gambling, with a celebratory first throwing of the dice, they ran into a snag.

It seems the casino bankroll was locked in the hotel safe … along with the safe key.

Two of the proprietors hotfooted it to the bank downtown to borrow replacement cash until they could get the safe opened. Though delayed, the festivities ensued without further trouble.