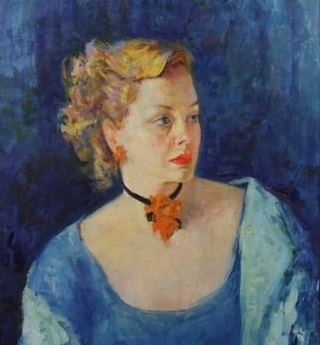 Tragedy struck when the wife of famed American novelist, John Steinbeck, was in Reno, Nevada for a quickie divorce from him after 5½ years of marriage.

In 1948, while establishing residency in The Biggest Little City, Gwyndolyn “Gwyn” Conger Steinbeck developed a relationship with Leonard Wolff, a wealthy, former U.S. Army Air Forces bombardier during World War II. The 28-year-old man worked at a local hotel, had a son around a year old who lived with his estranged wife and his family owned a department store in his hometown of Denver, Colorado.

On a Friday night in October, a month after Wolff was granted a divorce decree on the grounds of desertion and mental cruelty, he and Steinbeck went to a late dinner with Wolff’s parents at the Mapes hotel-casino. Just after midnight, the younger Wolff and Steinbeck left the elder Wolffs and visited with acquaintances in the casino. At 3:30 a.m., the two stopped for a drink at the West Indies club, south of town.

While there, Steinbeck entertained herself at the slots, and, for hours, Wolff played 21. He ramped up his betting to $100 a hand and for all seats at the table. At one point, he asked for a new dealer, and Newell Benningfield, the owner, took over.

“I hope these checks are good,” Benningfield told Wolff. The debtor said the smaller one could be cashed immediately but not the others as he first had to arrange his finances to cover them.

At about 10 a.m. on Saturday, Wolff dropped Steinbeck off at the ranch where she was residing. Also that morning, Benningfield tried to cash the $7,000 check, but the bank refused because Wolff’s signature on it lacked the middle initial he’d always included.

The Unthinkable Occurs
Within 45 minutes of Wolff dropping off Steinbeck, passersby spotted his car wrecked, all of its tires flat, in the rocks about 200 feet off to the side of Mt. Rose Highway, south of Reno. They stopped to help, but Wolff waved them off.

Soon after, another driver pulled over and discovered Wolff inside the car, dead, with a bullet hole in his temple and a 0.38-caliber pistol at the scene.

Sheriffs ruled the incident a suicide, speculating that the recent divorcé first had tried to kill himself by running off the road and when that failed, had shot himself. He hadn’t been drunk or drugged, blood tests later revealed.

The coroner, Laurance Layman, agreed with law enforcement officers that criminal involvement hadn’t been a factor and further opined: “I don’t think the gambling had anything to do with Wolff’s death,” (Nevada State Journal, Oct. 29, 1948).

Wolff’s family, however, initially suspected foul play but, later, according to Layman, accepted that the fatal injury had been self-inflicted.

Early on, authorities questioned Mrs. Steinbeck and concluded she didn’t know anything about Saturday morning’s events. Seven days after Wolff’s demise, she got her divorce on the grounds of extreme mental cruelty, along with custody of her and John’s two children, ages 2 and 4.

Within the week, the coroner’s jury determined Wolff had died of a gunshot wound to the head, but didn’t specify how it’d happened.

In response, the West Indies owner sued in district court but, again, was denied the money because gambling debts weren’t collectable through legal action in Nevada. He appealed in May to the Nevada Supreme Court, which heard the case later that year.

In early 1950, the higher court concurred with its lower counterpart, which meant it was definite: Benningfield couldn’t recoup the $86,000.