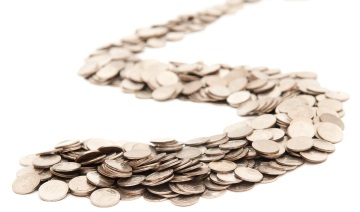 As a result, the two raked in money, $10 to $30 million per year, in nickels and dimes, primarily from the Caucasians and African Americans living in slums, which turned the siblings into multimillionaires. In one year alone, income from their operation, that spanned from Ohio to Idaho, was an estimated $4.5 million ($45 million today)!

On a Monday in May 1946, Edward Jones’ chauffeur drove him and his wife and cashier, Frances Myles, to Myles’ home. When the limousine arrived there, two masked men carrying submachine guns appeared, hit and grabbed Jones and tried to capture Myles, but she broke free and ran into her house. The abductors forced Jones in their car and sped away. Jones’ chauffeur and wife followed and a few blocks away, alerted police who then pursued and fired two bullets at the criminals. The gunmen fired back, shattering the squad car’s front window, injuring an officer and, ultimately, getting away.

Some underworld members speculated the kidnappers would hold Jones until he relinquished control of his policy business in the Windy City, or if he refused, murder him. In agreement with that motive, police theorized former Al Capone minions had taken Jones.

Their other hypothesis was that ex-cons who’d done time in federal prison with Jones (he served a couple of years for income tax evasion) had snatched him for ransom money. (Jones had been kidnapped twice before but hadn’t reported the incidents to law enforcement officers.)

Five days later, Jones was released. He said he’d been blindfolded while held but had been treated well, hadn’t spoken to his captors and couldn’t identify them.

Case Turns Cold
Police, as part of their crime investigation, tried to round up and question the usual suspects, 100 of them including former Capone associates, but the big-time players had disappeared. They included:

Nothing came of the detectives’ efforts.

After the kidnapping, Jones moved into a 12-room mansion in Mexico City, Mexico, from where he continued to oversee his multistate policy enterprise.

*In policy, also called numbers, players bet on a number they predicted would appear in a specific source on a given day. Originally, operators obtained the winning numbers through lottery drawings but that evolved into using baseball scores, pari-mutuel totals, cattle receipts and other combinations of figures that routinely appeared in the newspaper. Because players could wager nickels and dimes, even those who couldn’t afford even part of a lottery ticket could participate. Therefore, the game became prevalent in poor U.S. neighborhoods.

Photo from Pond5: “”The Road From Coins” by dbrus