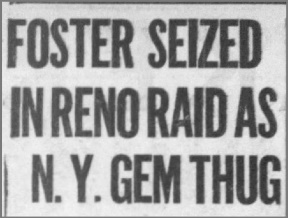 1936 A man walked into the Greenleaf & Crosby jewelry store in New York’s Rockefeller Center at about 11 a.m. on Monday, January 6. Two others followed through the other entrance. “This is a stickup,”…